10 Winners
will each win 5 pairs of
aetrex orthotics

Submit a video of yourself teling us your Aetrex Success Story. 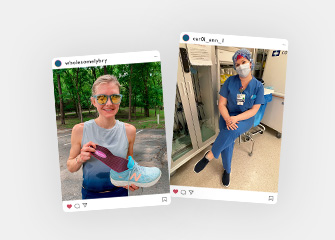 OR UPLOAD A PHOTO

You can also upload a picture that showcases your Aetrex Accomplishments and share your story with us. 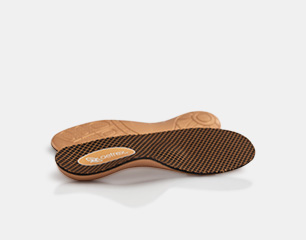 We’ll notify you via email if you've won, and we’ll post the lucky winners on our blog. Keep an eye on that inbox!


GET INSPIRED BY OUR PREVIOUS WINNING STORIES

About 6 years ago, I broke my foot running in cross country practice at Central Park. I happened to have broken my sesamoid to be exact. After having visits to the podiatrist and crutches for three months, I lost hope of ever getting to run again. Running helped me feel a sense of belonging with my team, and helped me with stress and anxiety relief. I met an Aetrex Salesman and he told me to give the orthotics a try to jump/run/dance around, to do whatever I thought would usually pain my foot. I did, and for the first time in six years, I was able to jump, run, walk (longer distances) and exercise without the pain from the injury.

Aetrex has radically changed my life and has significantly improved the quality of it. I can’t imagine using anything else other than Aetrex after this!

Aetrex helped me get back into hiking in my early 50s after a serious bout of sciatica and way too many hours in an office environment. Slowly but surely worked my way up to some serious miles and elevations throughout Oregon and other places. These insoles are a gift and amazingly durable. I wear them in every shoe I own and especially my hiking boots. They regularly outlast my boots, btw. Now 57, I’m on the trails most weekend, rain or shine.

I finally embarked on a 14 day adventure with my husband and two 14 year olds covering ground from Milan to Rome with about 10 major cities in between. I was so concerned that my back, Planters fasciitis and former broken toes we’re going to hold everyone back. After much research I settled on a pair of Aetrex orthotics for my sneakers.

I kept up with both boys and left my husband in the dust as we even claimed all 551 steps to the St. Peter’s Dome in the Vatican! Now all three of my sisters are Aetrex fanatics, as are several friends, my son wears the orthotics in his shoes and my husband can’t live without them.

Find the Perfect Orthotics for You!